5 star performance on the set of Avenue 5

Liquid Lens has provided domed label stickers to Rutters UK for use in a new Sky One TV series, Avenue 5. Stylish gold lettering is a key part of the set design of the Avenue 5 spaceship holiday cruiser and many of these are in fact resin covered sticky labels produced at Liquid Lens’ Leighton Buzzard factory.

For 66 years, Rutters UK has provided a full ‘one-stop’ set and stage creation service for TV, films and live events, including images, signage and portable display requirements. The company provides expert advice on every aspect of project creation, production, fabrication and installation.

Paul Rutter of Rutters UK says, “Attention to detail is key in this business, from the very small to the very large. We need to reproduce exactly what our clients want in the most cost-effective way possible. Whether it’s a small kitchen blind or a huge 50 metre ‘day to night’ translight.”

Paul first came across Liquid Lens when he was asked to provide lettering that looked like liquid suspended in resin. “This was a tricky one and initially I spoke to a friend who builds fibre glass cars to see if he could cast the lettering. This was a relatively complex and expensive solution. However, a sleepless 2am google search revealed a couple of companies that provided domed resin labels that looked like they would fit the bill. Liquid Lens responded immediately and we have worked with them ever since.” 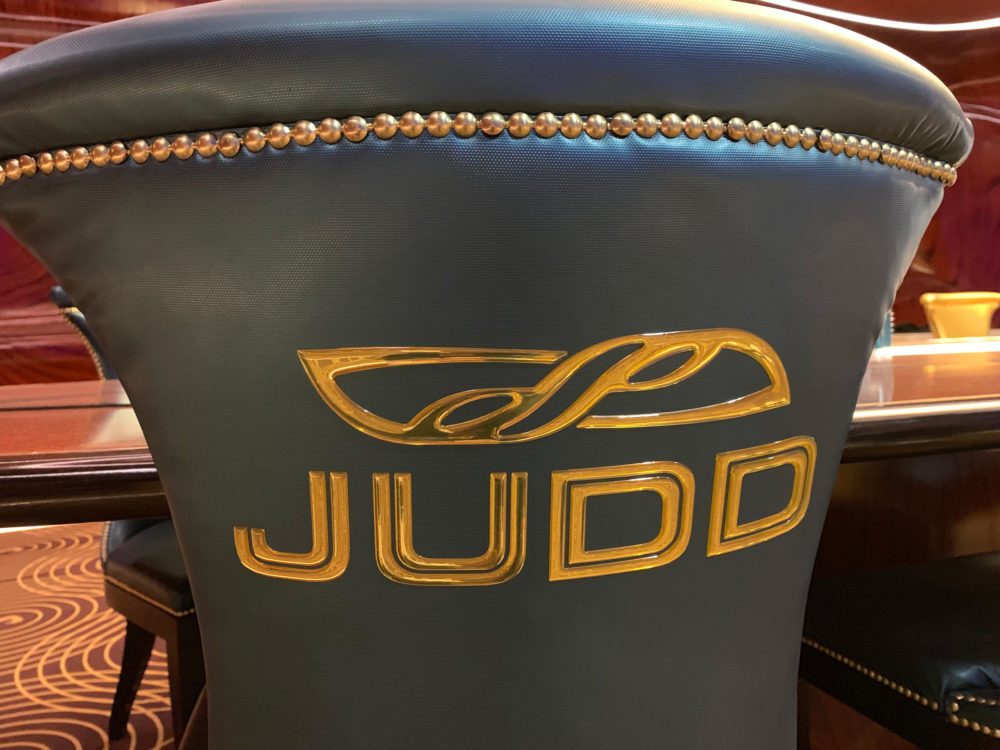 The most recent job has been to provide the shiny gold lettering for the JUDD empire on Sky One’s new hit show, Avenue 5, starring Hugh Laurie. This debuted in the UK on Wednesday 22nd January and the Liquid Lens lettering is the star of a key scene in the control room of the stricken spaceship.

“Finding Liquid Lens has been a big bonus for Rutters,” says Paul, concluding, “Their labels are spot on. Really good quality and look amazing. They are also fully committed to delivering exactly what we ask for and having them delivered in good time. Our business is whole dependent on how our products look and also having them where they need to be on strict deadlines. Liquid Lens has never let us down.”